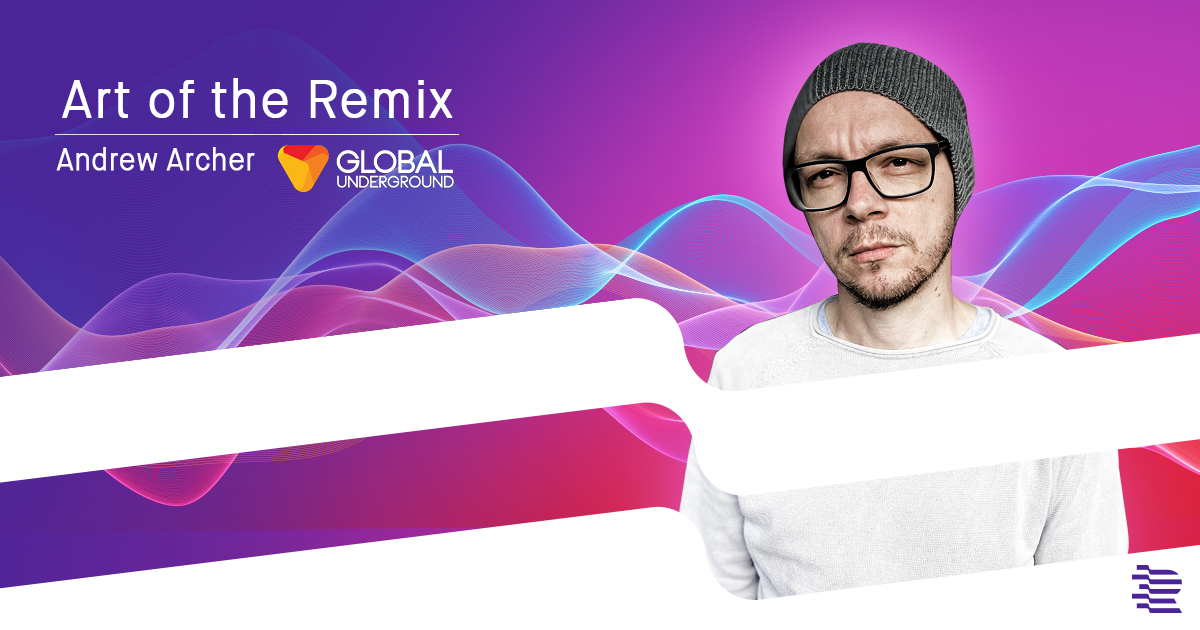 Andrew discusses the important role remixes have played throughout his career, and reveals his all time favourites.

Welcome to the first ever interview for our new blog series called "The Art Of The Remix".  Andrew Archer is the Label Manager for the legendary independent dance music label Global Underground making him an expert and fountain of knowledge on all things underground dance and remixing, so we asked a few questions to get more insight into his experiences of remixing as both a producer and in his role of running a successful dance label…

Andrew, in your experience, how useful is remixing to the overall business of music?

It is a fantastic way to get your name out there. The first break I ever got in the industry was the opportunity to remix a very high-profile record that launched our name and helped us move quickly onto bigger things.  Remixes remain a very important cornerstone of the industry for both labels and producers, it allows labels to reach new audiences with an artist they are trying to break and gives producers a chance to collaborate with new talent.

What are your most successful remixes both as an artist and on the label side as both points of view are super interesting to us?

As a label, Global Underground has had the honour of working with some of the biggest DJs on the planet for their mix compilations, so they have been able to call upon some of that talent for remix duties. Sasha's Involver series stands out, simply because the whole idea behind that mix series was revolutionary.  Sasha not only created a DJ mix but remixed each and every individual track from its component stems to some something completely new. The result was a seminal DJ mix that helped move the scene forward and still sounds as incredible today as it did when it was first released over 15 years ago.

As a remixer I think the most successful was the first remix we did, as without it we could have struggled to make a name in the industry as quickly. It was the result of a lot of hard work and hustle with the label involved. We spent a long time building up a rapport with the label, so when we asked if we could do a remix for them they decided to give us a chance, not expecting much I imagine! The result was, we knocked it out of the park, the original artist was a huge fan of the remix and gave full consent to release it. That was a remix as The Forth of BT's 'Loving You More', a bit of an anthem back in '95; our take was a bit different and the release did really well. Things just spiraled from there through more and more offers of remixes.

You have experienced both sides of the coin. What are the biggest challenges you’ve faced as both a commissioner and producer of remixes?

When commissioning a remix, it is easy to just go and find some of the biggest remixers around and pay a big chunk of cash, unfortunately, the remix you get back may not be as good as you hoped, either due to the original track not being a sound match for the remixers style or that they may have gone down a very different route style wise than you were expecting. Do your research, listen to the remixer’s other remixes and original tracks and don't be afraid to give them a bit of a brief and guidelines for what you are expecting.

For a remixer, I would suggest not saying yes to every remix you get offered. Ask yourself, will this remix suit my style, am I happy with this artist sitting on my Spotify profile, is this a collaboration I want to do? If you do take a remix on, make sure you are doing the remix justice by having a clear vision for it and delivering something worthy.

How do you think remixing has evolved from the days you were first involved?

There are more opportunities now than ever before if you can get your remix strategy working well then it can be quite lucrative. There are some many new ways that remixes can be used to reach new audiences in new countries through channels like Spotify and YouTube and the chance for collaborating and growing fan bases has grown significantly in recent years.

However, there are many more opportunities for remixers to get their music out there with thousands of releases every week. The principles remain the same though.

Licensed sampling has played an important role in the development of dance music and hip-hop genres. It’s a good idea to get some knowledge about how the legal side of things works, just don't let it stem your creative flow.  We have placed a number of our own on Soundcloud for example here, and these are versions we have to play out exclusively when DJing too:
‍

Other DJs, radio play, certain blogs and your own social channels are still places to experiment with bootlegs and get initial feedback from audiences but you need to be mindful that at this stage it would be copyright infringement which can have implications on these channels. However, if you make a track that has big enough traction then it might attract interest from the rights holder, who could block it or in some cases actually look to clear your remix for an official release. However, a properly commissioned remix with the full support of the rights holder gives much more assurance that your remix production will be distributed and promoted properly.

What tips do you have for people looking to commission remixes?

Spend the time looking for a remixer that will complement the original artist.  If it’s a vocal track then check that Remixers previous work with vocals to see if that is the style you are looking for. Also look at other genres and territories that you might want your original artist to be known in then do some research about some up and coming names that may suit.

What is your favourite remix of all time? (not one of your own, cheeky ; )

Too many to choose from, I am a huge fan of Kruder & Dorfmeister, the mixes they do really take the original and make it their own. Their remix of Depeche Mode 'Useless' is a favourite of mine.
‍

For the dancefloor, I would say that BT's remix of Grace 'Not Over Yet' had a big influence on my early production days.
‍

Andrew is the Label Manager for the legendary independent dance music label Global Underground.  Since starting 1996 it has symbolised the international explosion of dance music ever since, establishing an untouchable reputation for cutting edge dance music of the very highest quality.  They have renowned DJ mixes, compilation albums, singles and artist albums and their roster has included some of the biggest heavyweight DJs on the planet; Sasha, Carl Cox, Paul Oakenfold, Deep Dish, John Digweed and Danny Tenaglia to name a few.  Andrew is also a producer and remixer in his own right for electronic duo Trafik, with production partner John Elliott they have remixed BT, Zoe, Quivver, Kraftwerk, Michael Flatley (yes, really) and Roland Klinkenberg among many others.
‍
www.trafikmusic.co.uk
www.globalunderground.co.uk 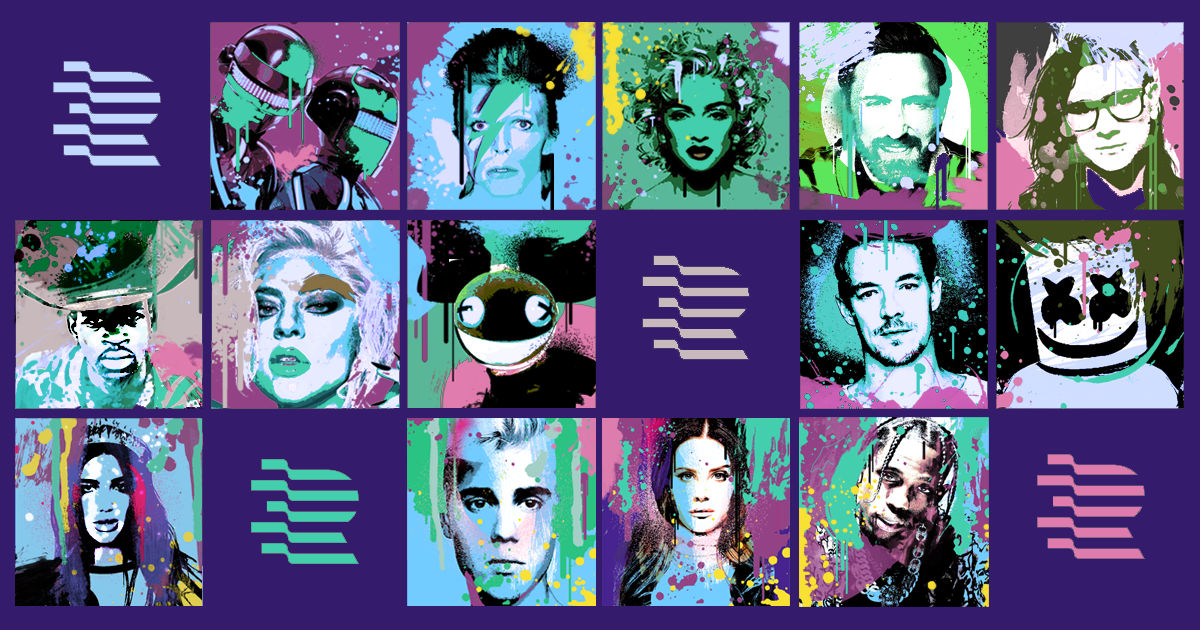 The Rise of Remix Culture

Exploring the explosive growth and significance of remix culture and the remix economy for music... (Read Time 8-10 mins) 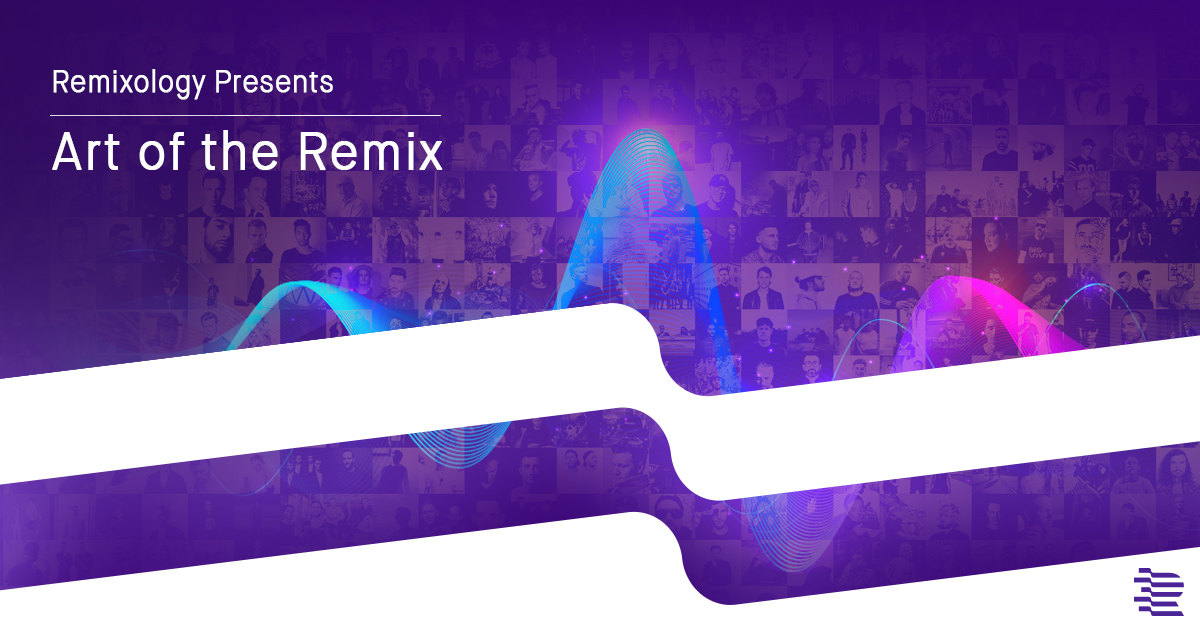 Introducing the "Art of the Remix"

Interviews with leading industry experts who share their insights into the art and the commerce of music remixes.

The Remixology Team
Congrats! You've been added to our newsletter  :)
Oops! Something went wrong while submitting the form. Please try again.